Originally built in the early 1960s, Ocean Bay suffered from federal divestment, followed by severe damages incurred by Superstorm Sandy in 2012. The 24-building, 1,395-unit public housing development is home to more than 4,000 residents and was in desperate need of rehabilitation including in-unit renovations and overall building infrastructure and systems.

Wavecrest was the management arm of RDC Development that completed the $560 million redevelopment as NYCHA’s first and one of the country’s largest single-site conversions under HUD’s Rental Assistance Demonstration program. As an unknown entity in New York City, RAD brought valid concerns and questions from skeptical residents and who had felt long neglected.

Wavecrest worked through the rigorous regulatory process with agencies and elected officials on the back end, while their hands-on, personalized approach allowed residents and community leaders to buy into the process. They conducted surveys on resident needs and partnered with the top social service organization in the area.

Ocean Bay Bayside is now considered the model that RAD is a viable and effective model in New York City. Crime rates in the area decreased significantly, maintenance requests are down and resolved in a small fraction of the time, and residents are overwhelmingly happy with the new and improved community. 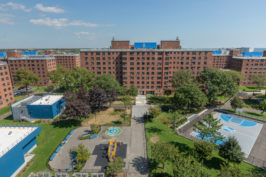 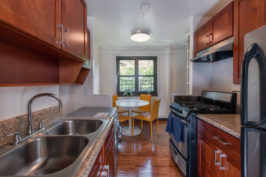